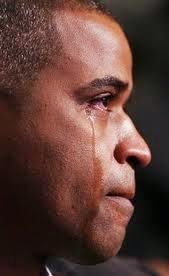 Where is she? Where is she?
I refuse to think...exhales
It didn't reach this point
The mall is not affected
I know she said the mall
So she has to be here, somewhere
But where where where?


I dreaded the thought
But had to move to the scene
Lo and behold
There she lay
Among the rubble
I could still make out the beautiful nose and lips
I stood transfixed to a spot
That can't be her!
It just can't
But it was
That's the gown I bought
That's our ring on her finger
I shoke with disbelief.

Then hope, oh wicked hope
Her eyes flickered
Then opened
She called out for me
Instinctively I moved
I took her away....

Then the crisis
The vomiting
Rigorous shaking
Doctor........!

Even though I call it wicked
Hope gave me a week of her smiles
The feeling of her touch
A kiss on her broken lips
It gave me a chance to see her go
She's no more
It took her, Oh! It took her
Not hope, no hope did good
The bomb blast
Yes
I've heard stories
I'd never thought it'd near us
I never thought we would be a victim
We only came for vacation
A tour around Abuja
Her (our) marriage first year anniversary desire


Fictional poem of a man who lost his wife in a boko haram insurgency.  It may be fictional but it's the stories of many.
How long will this continue to be the story of many? Is there no solution?
When will the killings stop? What number of deaths will pass the useless message they are trying to get across? When will the violence stop?
What is the way out? Killing them? Maiming them?
I profer love but is it a possible solution?
Love is a feeling that is as strong as hate. When you let any in, it consumes you.
Hate for humans and whatever reasons behind it has consumed their hearts but can love overthrow it? Is there a way to sow the seed of love in their hearts again?
Can love be the solution for real?  Something must be done else there won't be a stable future for this great country.

Any thoughts? Would love to hear it so head to the comment box
And if you see any of those miniature share buttons below,  please do share and get the word out there, thanks for reading.

Popular posts from this blog

February 13, 2015
It’s the season of love, so what better way to celebrate than to teach and educate people about what the reason for the season is all about. This word can hardly be defined as to each person it has different meanings. To some it’s blind, to some it’s wicked. To some, it’s awesome. To some, it’s difficult to find. If a thousand and one persons are asked what love is, one would get a thousand and one different answers. Some do not even know what it is as they have wrong conceptions about it. I was at a meeting recently and the speaker asked what is love, everyone that answered had different opinions about what love is and they were ready to keep throwing in answers till the lady stopped them. Attempting to define love would be trying to make the longest sentence in this world. So what then would I do regarding the title? I would describe love, cause that’s the best that can be done. Love is a lot of things
4 comments
Continue reading »

Personal memoirs - battles with my Mind

July 21, 2017
So I have one small long gist for you people. My mind has been fighting me. Lol yes it has a mind of it's own, true talk. The battle that goes on in my mind everyday is a real struggle. Most times it's funny e.g #In church
Post a Comment
Continue reading »

DEALING WITH HURT IN RELATIONSHIPS

October 23, 2017
House of Dandy If you are in a relationship; be it the one you were born into or the one you created, pain is inevitable. Simple reason being that we are humans, mortals, and it is in human nature to cause pain, to make mistakes. Even when it feels like the right thing, like a situation where you lie to protect someone you love, they can still find it hurtful because of differing views. Even if a person dedicates thier life to being and doing good, because of ''differing views'', something they do would come off as hurtful to someone in thier life. Hurt and pain is inevitable. That's the simple truth. We only just learn how to deal with such times when it comes because it will.
Post a Comment
Continue reading »

Recent Posts Widget
Follow @UkeniNachikambi
Thank you for dropping by, hope to see you more often.